Photographs taken on July 27, 2018 during the lunar eclipse which was a total eclipse.
This total eclipse had the distinction of being a central total eclipse. This means that the moon passed through the center of the earth's shadow, which is quite rare.
This event had not occurred since June 15, 2011.

It is the longest total lunar eclipse of the 21st century with a duration of almost 103 minutes. 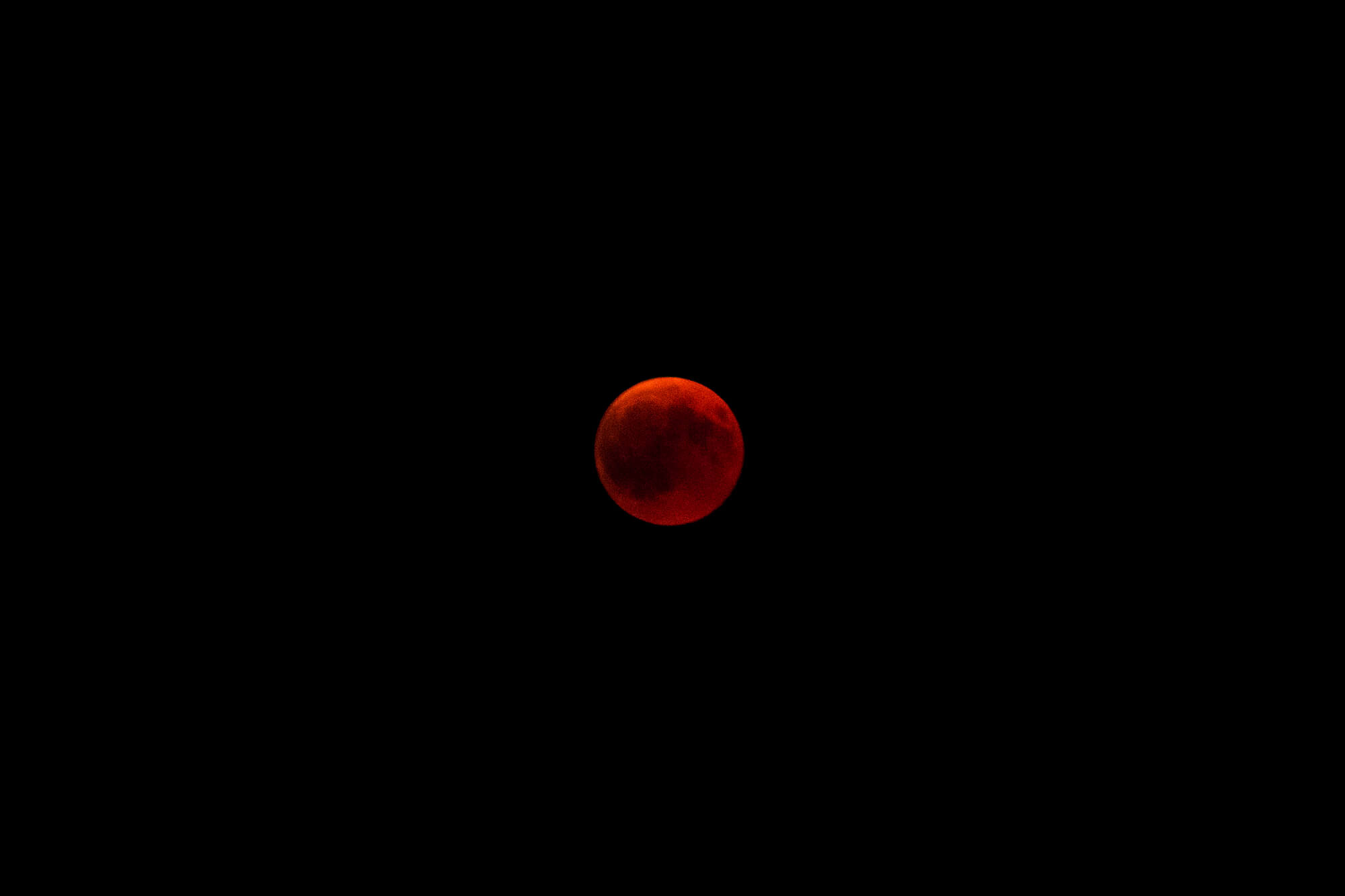 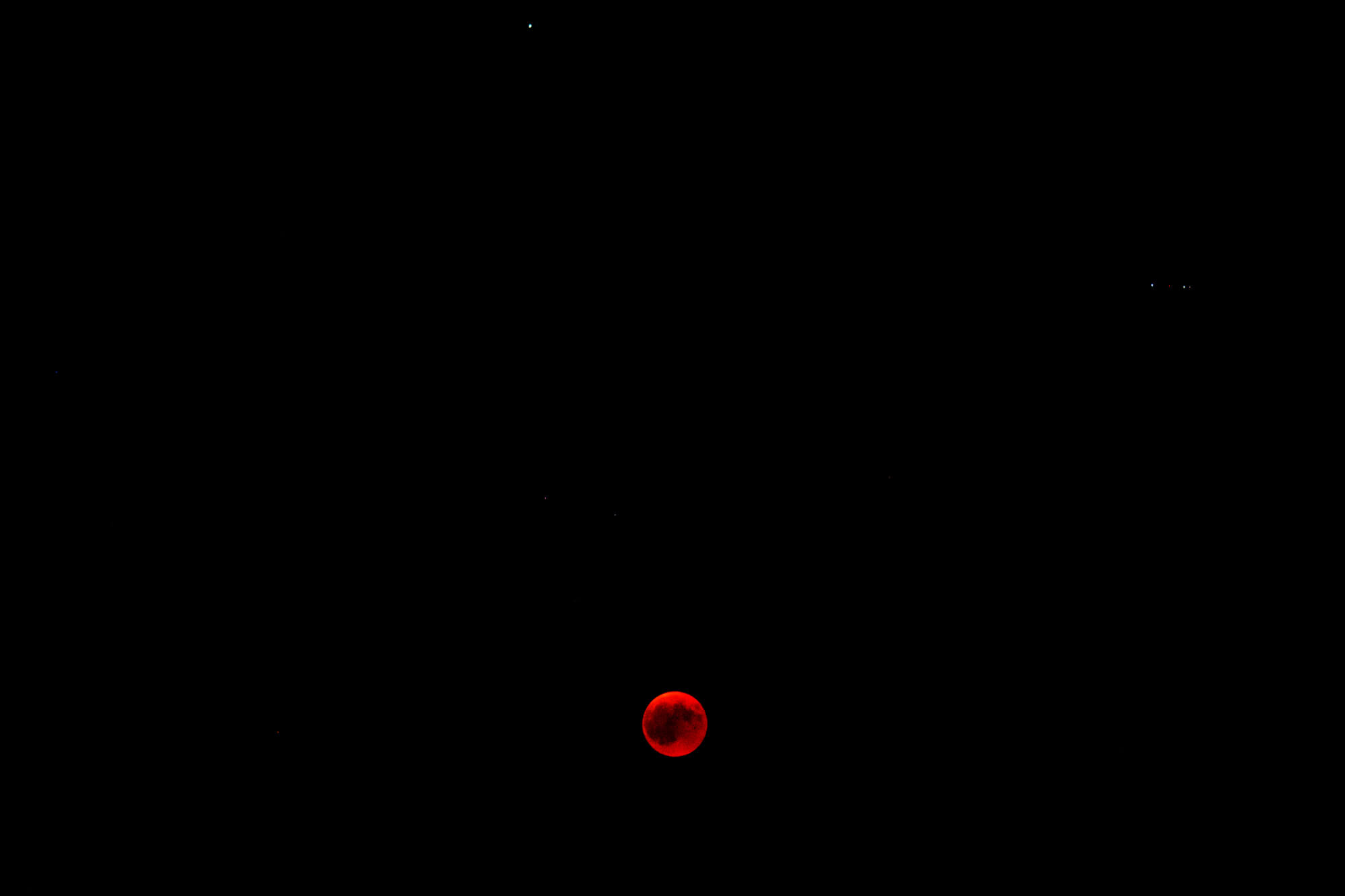 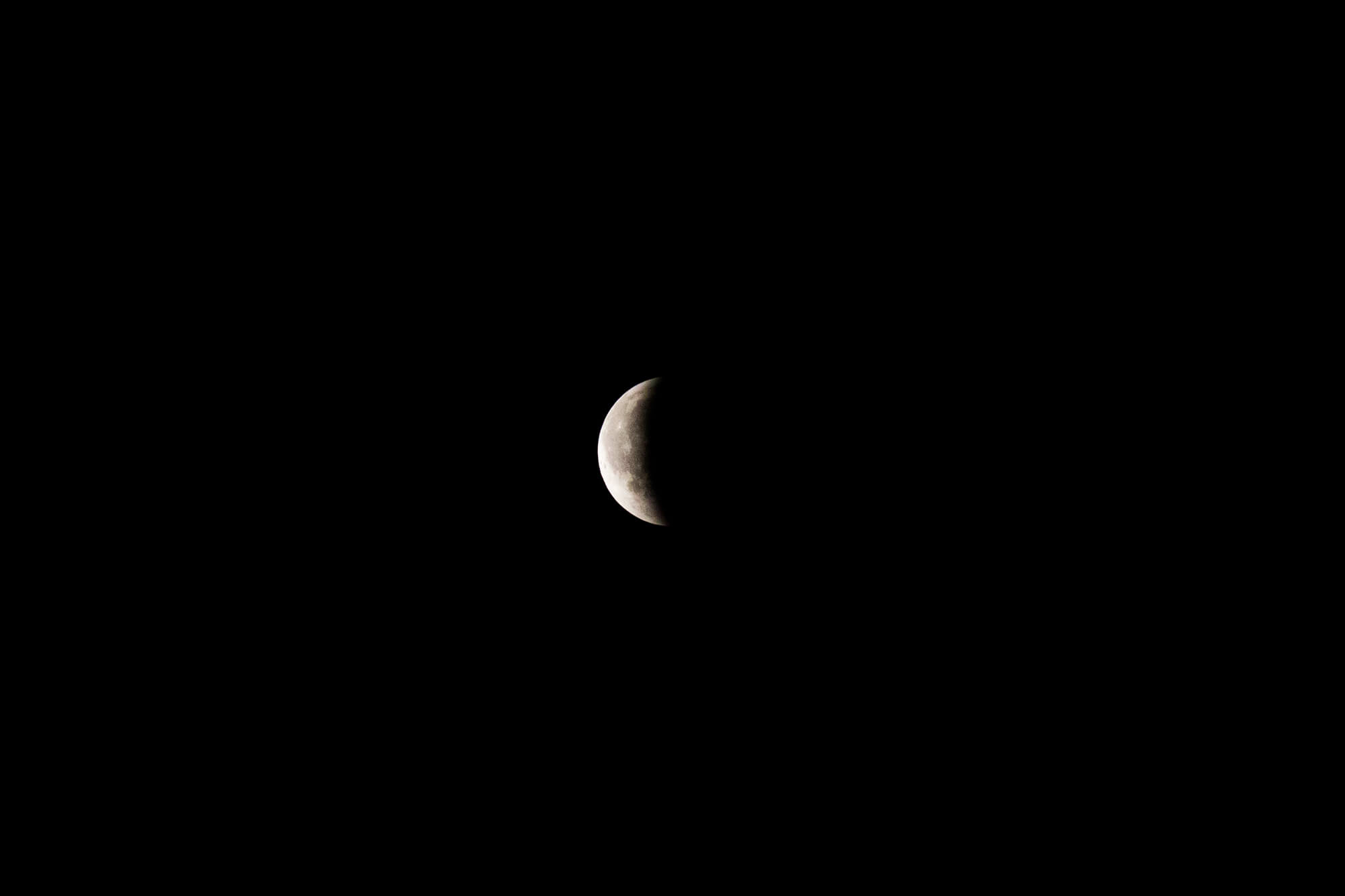